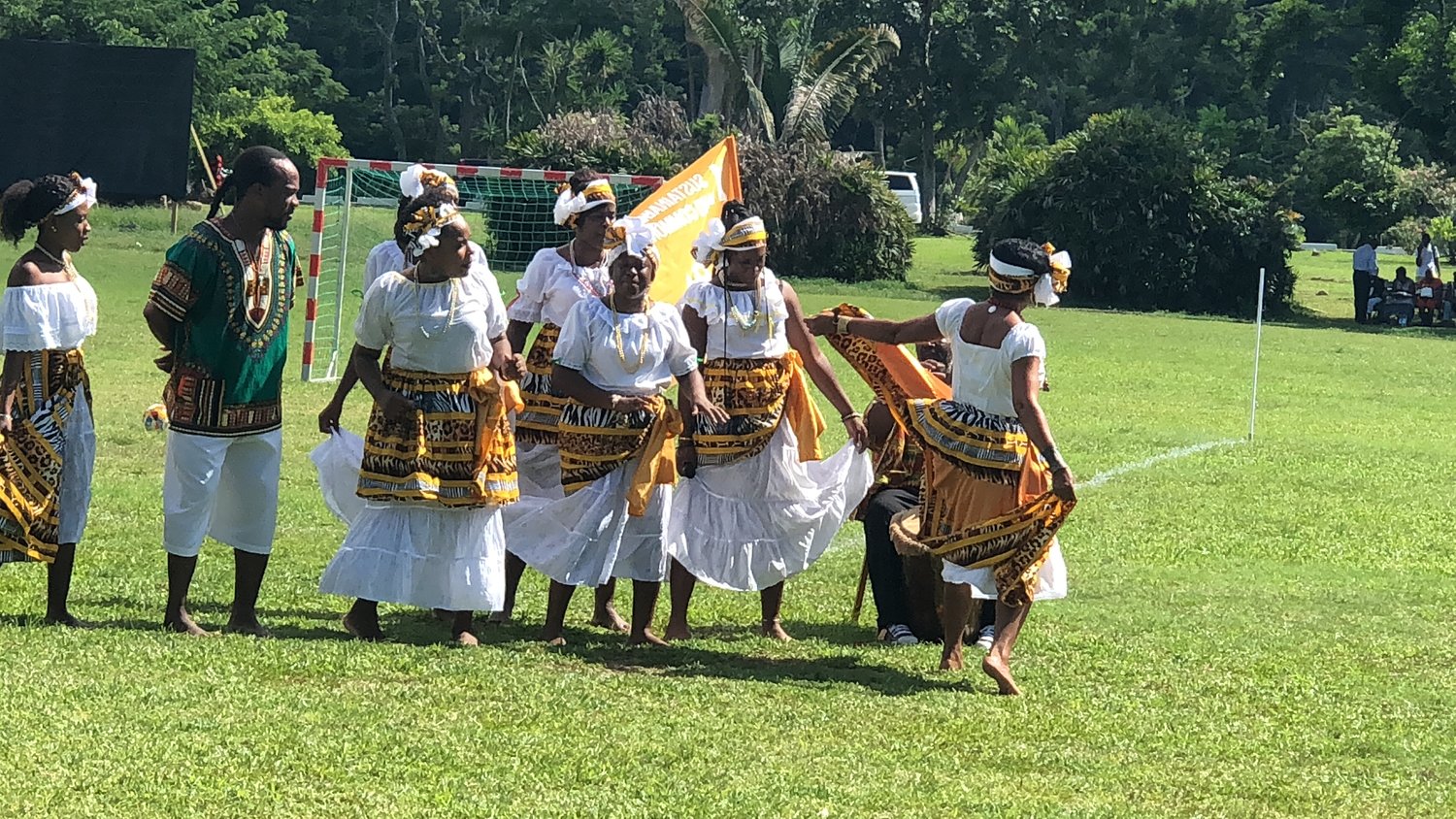 The Tradibelle Cultural group is a non-profit organization that takes pride in representing our lovely country, as well as displaying the wonderful heritage we have acquired from our past.

In so doing, we focus mainly on the “”bélé dance””; the only African oriented dance which has survived the foreign invasion of other cultures as we seek to create a new sense of appreciation and revival of this precious art form. The word “”tradibelle”” -originated from the two words “”traditional”” and “”belle””, hence the meaning “”beautiful tradition”” and/or “”bélé tradition””. In our creole language we say “”twadisyon nu bel”” or “”bel twadisyon bélé “” The Tradibelle Cultural group was founded in 1981; exactly 40years of existence.

Their first external appointment was at the Festival D,Ete in Quebec Canada, sponsored by the A C C T countries. From that day, the group has continued to make an impeccable presence wherever the opportunity arose to entertain through dance, drama or song. Many audiences have been impacted nationally, regionally and internationally. (Some places of significance; England, Scotland, Casablanca, Atlanta, Tortola, St Thomas, Martinique, Guadeloupe, Barbados, French Guiena, St Lucia, Canada, North Carolina, St Kitts and Kazakhstan).

The group’s membership averages fifteen, with an obvious gender balance of male and female. From the initial beginning to date over two hundred persons have pass through this institution.

Hailing from Grand Bay, the village which truly is the “”Cultural Capital”” of Dominica, it is not surprising that this group continues to dominate the cultural scene in Dominica, especially in the field of Bélé dancing. The group has acquired many accolades and continues to bring excitement to the Independence Competitions, Creole Music Festivals and many other local formal and informal gatherings. The group’s founder is Adriana Henderson, a former member of La Jeune Etoile Chorale who has realized the break that would have been caused when the mentioned chorale group became defunct. Seizing the experiences thus gained from her previous cultural engagements she decided to utilize her energies towards encouraging the young people to learn and appreciate our Dominican Cultural forms thus enabling the dissemination, development and prolongation of a truly beautiful cultural heritage.