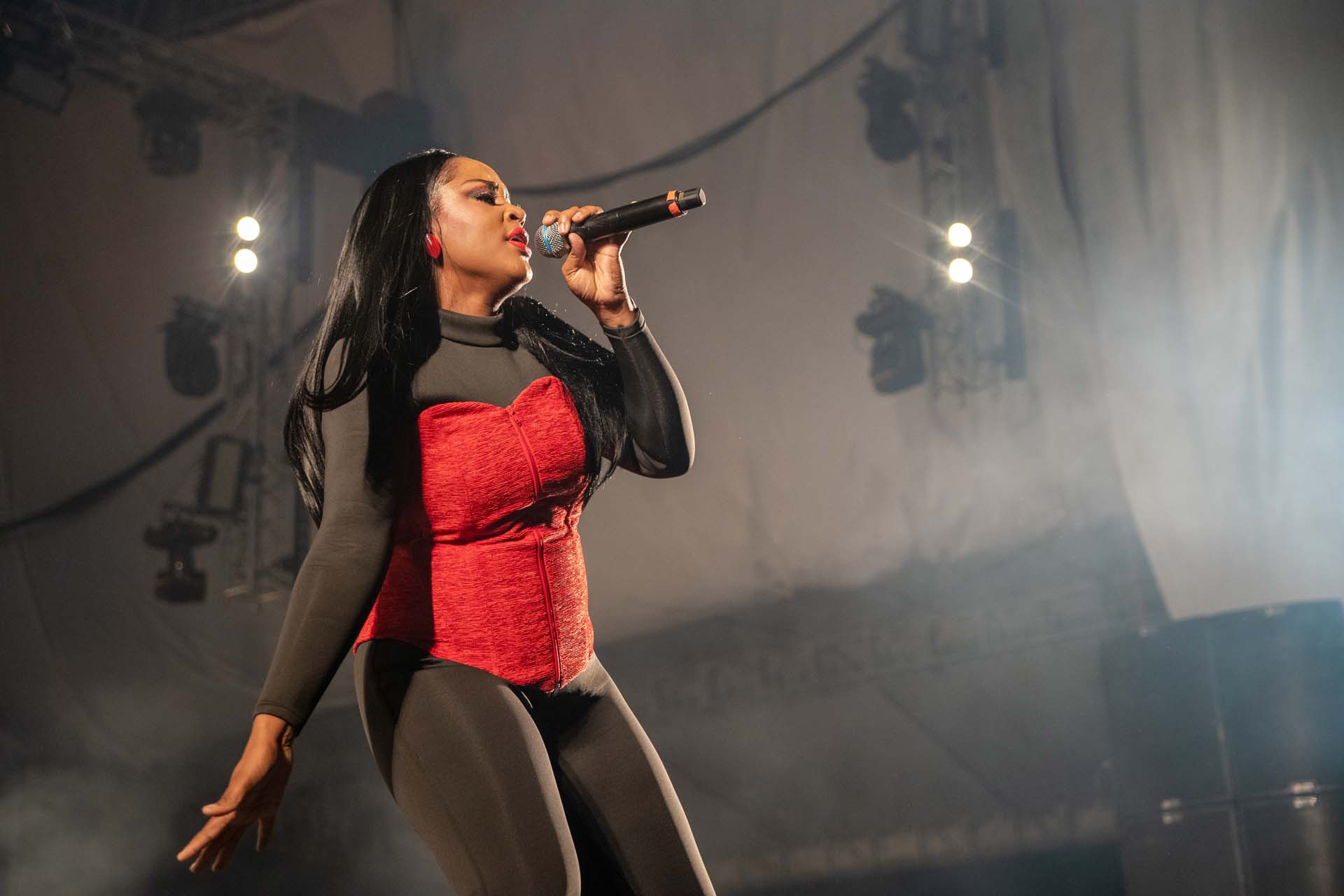 Tasha P, well known for her soulful and melodious musical chords, began her musical career when she was only 5 years old and joined her school choir. She would later compete in the Junior Calypso Monarch before moving on to the big stage to compete in the National Calypso Finals which she won in 2011, making history as the first female to win that title in Dominica. Tasha P participated in singing competitions locally such as the Digicel Rising Stars in 2006, 2007 and 2008. She is also an active member of the Sixth Form Sisserou Singers, a chorale music group. Tasha P is best known for her performances with the Swingin Stars band which she joined in 2009 and more recently for her collaboration with Machel Montano in the last 5 years. She has also participated in other regional calypso competitions where she performed creditably even winning the WIW Calypso Monarch competition in 2014.