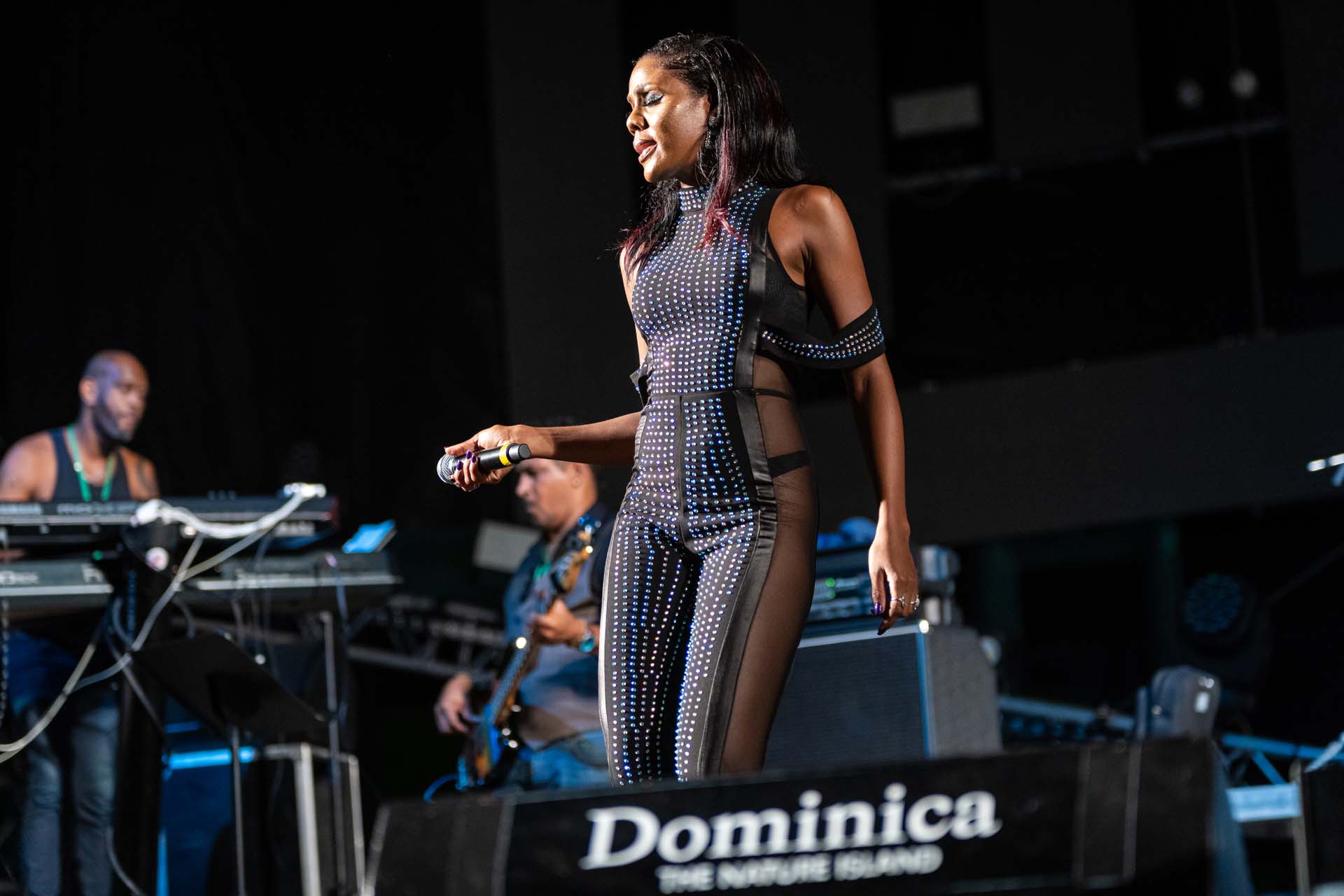 She’s been referred to as the Rihanna of the French world, The little Dominican Pearl and The Nature Isle’s Flower ( All references to her island of birth, Dominica). Beautiful, young and very talented, Mel is quickly becoming a household name, and face. Her voice is smooth and soothing, and makes listeners not want to leave. Even more extraordinary is her mixture of English, French, Creole and even Spanish in her original compositions. With over sixteen million (16M) combined Youtube views, this little island gem is quickly rising to stardom with hits such “No Money No Lovo”, “En Fwa” and “Touch Me”

Along with her music, comes modeling! Mel has done numerous professional shoots in Dominica and Martinique, and one each in Jamaica, Saint Martin, Antigua, Mexico, St.Lucia, Belize and Germany. In 2014, Mel left teaching to work as a singer on cruise ships. While there, she modeled jewelry, bags, shades and watches for Sophia Fiori Diamonds, Alberto House of Tanzanite, Gucci, Coach, IWC, Citizen, Longines and Bulgari.

The singer/songwriter has been one of the female vocalist for “Ti Orkest” a very multifaceted band, managed by Mr. Creig Henry, from 2011. In 2018, Mel decided to take on fully, a music solo career. Dreamtracks released Mel’s single “Touch Me” ORIGINAL on December 31st 2016, and slowly but surely the song gained recognition and success. It stands at 2.3 Million Youtube views today. A featuring with Guadeloupean artist Riddla, “Jack Sparrow” was released on July 27th 2017 and won the singer many fans in Guadeloupe. The single stands at 626k YouTube views today.

Popular singer from Martinique, Jmax was proposedd a remix of Mel’s “Touch Me”. By the label, the song was rerecorded, the video was shot in Martinique, and released on the 13th of September 2017. Mel’s career exploded. The remix has gained 12.2 Million YouTube views to present date. It was listed at number one multiple times on iTunes both for Dominica and French Territories, was number one on the Trace Tv Video countdown and has been featured on music countdowns both in French territories and across the Caribbean.

Since the release of the Remix, Mel has performed multiple times in Martinique, (including being a surprise artist on the NRJ,the Music Festival of Fort-de-France and was a headliner artist at the Bacchanal Festival.) Guadeloupe, Marie Galante, France, French Guyana, Saint. Martin, Réunion Island and most recently in Mauritius (Shenseea also graced that stage). Mel then collaborated with Guadeloupian artist Warped, on the single “On Fwa” which was released on August 22, 2018 and is already at 2.4 million YouTube views.

Her latest single “No Money No Lovo” is an Afrobeat masterpiece. It was the song that won her an Endorsement with Digicel Antilles-Guyane, and is being as the soundtrack for the company’s campaign from September 2018. Mel is now a nominee for the songs “On Fwa” and “Touch Me Remix”for the French West Indian based organisation: Hit Lokal Awards, carded for March 2019.