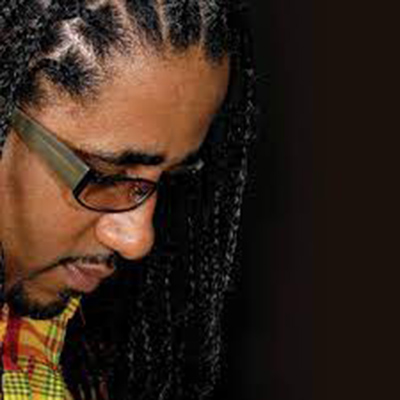 Cornell Emanuel Phillip is the last in the line of eleven children born to Campbell and Mornlight Phillip. His formative years were spent in an environment rich in the practice and appreciation of music as most of his siblings were involved with the creation and or performance of the art form. With a mind programmed for musical excellence, he lapped up the experience, assimilated it and over time spewed it out in a distilled way that earned him the title of Cornell “Fingers” Phillip.

At an early age Cornell studied the piano with he sister Valena Letang. His musical growth was nurtured in his artistic–friendly Alma Mata, the St. Mary’s Academy as he and his friends borrowed instruments and played at school and church events. While Cornell was still at SMA, the band WCK was born with the collaboration of the members of a band called Roof Top Connection.

The Phillip’s residence was the home of WCK, as it was the workshop for the traditional dance projects of another Phillip son, Daryl. The inevitable cross-fertilization of the traditional and popular trends gave birth to WCK treasures like Culture Shock and Mary- Lou. Cornell was a main contributor to the group’s musical innovation – Bouyon – a musical form which draws life from the Carnival Lopo Kabwit drum rhythms.

In 1995, Cornell opened a recording studio – Imperial Publishing, a project which has given tremendous support to the Dominican music Industry. His expertise as a keyboard player, music arranger and sound engineer, has had significant and positive impact on the development of calypso locally. Imperial Publishing is committed to recording and refining the music of many artistes in a wide variety of musical genres including Gospel, Popular, Jazz and Folk.

As an exceptional keyboard player, Cornell has collaborated with Dominican stars like Ophelia, Michele Henderson-Delsol, as well as with Caribbean greats like Boo Hinkson and Rupee. He has seen it fit to devote time and talent to inspire the younger ones of the society by working on a number of special school music projects. He is one of the master musicians who produced the three exquisite Creole Music Festival Commemorative CD’s sponsored by the Dominica Festivals Commission. In December of 2007 Cornell formed the band, Fanatik, an ensemble dedicated to providing high quality accompaniment to artistes at festivals and to the presentation of a varied, stage-band repertoire at public and private events. In 2008 with the support of some choice musicians, he produced his first solo album “Interpretations”.

Cornell is the recipient of a number of awards including a Special Recognition award from the National Cultural Council, a FAME award and most recently the LIME Creole Lifetime Award for his highly commendable service in the Music Industry. His travels as a soloist and as a member of the WCK band include the Caribbean, North and South America, and Europe.”