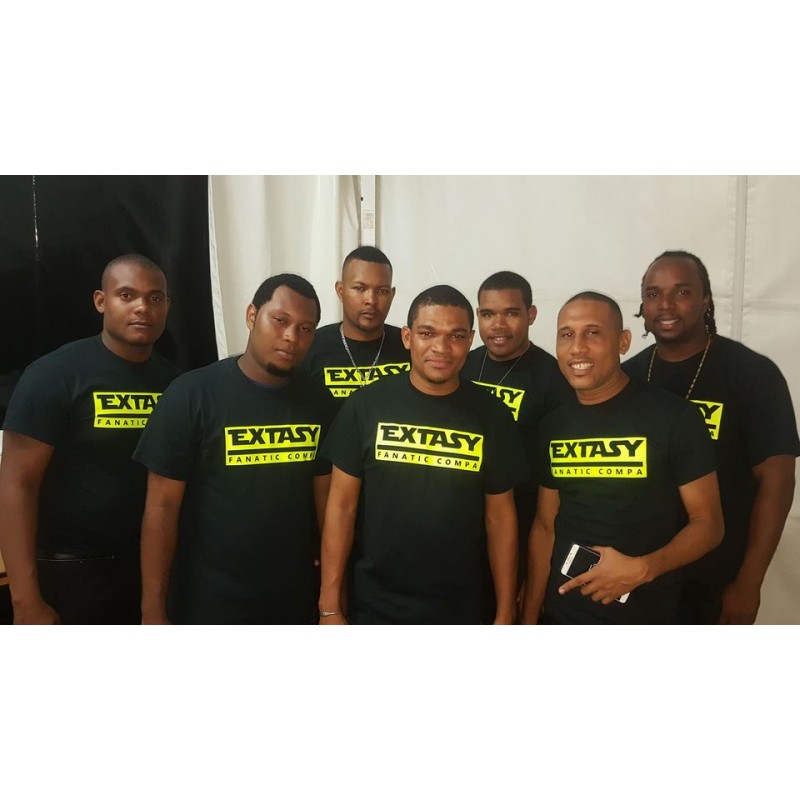 Extasy is a 9 member Dominican band known for their Caribbean fusion style that is heavily influenced by their Creole culture.  The band’s music has a strong Compas foundation with elements of other local genres to include Bouyon, and Cadence, Haitian Compas, Reggae from Jamaica, Soca from Trinidad and sounds from Latin Caribbean also combine with their native influences to form their unique hybrid sound.

To date Extasy has released eight (9) singles, ‘Moutwe Yo’, ‘All of Me’ (a Compas cover of the popular John Legend’s song), ‘Doudou Pa Kite,” ‘System Bande,’  ‘Pouvwa Lamou’  ‘Fanatic Compas’, ‘My Love, Away’ and ‘If you Don’t Know Me’ which have all been fan favorites.

Extasy’s extensive and diverse repertoire, combined with steady performances around the island, has earned them a huge grassroots following. The band has performed at major events in Dominica to include the prestigious World Creole Music Festival, the NCCU Cadence Lypso Show, FLOW (formerly LIME) Creole in the Park, various village festivals, carnival events and cultural shows.  They are no stranger to the bar circuit where they developed their following, and perform at a number of private events each year.

In August 2015, the band was hit with a major blow with the passage of Tropical Storm Erika which decimated their community. Every member lost a friend, relative, neighbor. The members drew strength from each other and even staged a concert in Dominica to raise funds for their community. They also performed at benefit concerts in Martinique and Grenada instantly becoming ambassadors for the Nature Island.  Unfortunately the band was again struck by tragedy when it lost one of its co-founding members to a fatal accident in October of 2018. Facing challenges head-on, the band continues to strengthen and grow.

Extasy’s repertoire continues to highlight the band’s distinct vocal and musical stylings. The band’s music has a strong Compas foundation with elements of other local genres to include Bouyon, and Cadence. Haitian Compas, Reggae from Jamaica, Soca from Trinidad and sounds from the Latin Caribbean combine to form their unique hybrid sound.

Extasy is currently in the process of producing their debut album, on which Dominica’s and the band’s unique sound will be prominently featured.