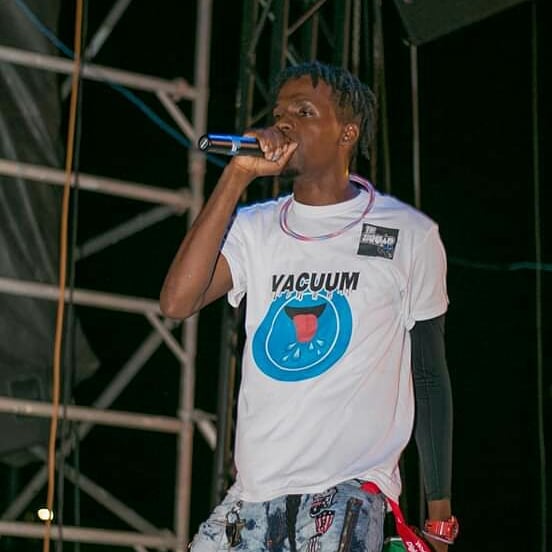 Shain Alexander aka Line, known to many by his artist name ‘Supalyne’ comes from the Commonwealth of Dominica. He was born in the community of Fond Cole where he spent his early childhood days but moved to Marigot subsequently where he stayed until finishing his high school studies. He found a love for music at a tender age watching Chris Brown “Run It” on BET. He comes from humble beginnings attending the North Eastern Comprehensive Secondary School then attempted furthering his studies at the Dominica State College.

His love for music which is strongly influenced by Caribbean Reggae Dancehall, Hip Hop and our local bouyon music set him out in pursuit of a musical career. Since then he has released  a number of songs which  made their mark on our local and Caribbean radio stations by extension. In keeping with his Dominican culture Supalyne has also recorded and released a number of Bouyon singles earning his place as a well known Bouyon artist in his country and the French islands. At present he is recognized and endorsed by some of the top artists and producers on the island.

Supalyne is no stranger to the stage. He has performed at several small and major events including but not limited to, the 2019 Color Me More event; he has been a favourite performing artist at the Island Bus and Bike Tours for 2021 and 2022 and if he is selected this year, it will be his second time performing at WCMF. He previously performed at the 2019 WCMF Stadium forecourt experience alongside other local acts. A member of the group The Squad 767, Supalyne ranks as one of the most versatile artists on island with his ability to incorporate the structure and lyrical components of dancehall and hip hop into the Bouyon genre and vice versa .His music can be heard throughout the island in bars, shops and at local events .On the figure tips of many profound Djs, his music has made it way into the party mixes that fuel our weekend limes and festive seasons.
A natural talent with a bright future, his music reaches out to the young and old with a touch of melody for every age .

Supalyne is a good role model in his community. He is well received and endorsed by the community of Fond Cole and Marigot. Having worked with the likes of Cecil “thaWizzard” Joseph, Dylan “Producer Dlo” Lowe , Kenny G, and many more established persons in the music industry, Supalyne is definitely one to look out for, A true Star in the making and Dominica’s Next Big Thing. He will definitely make us proud. Follow Supalyne on Facebook, Instagram, YouTube, Tik Tok @Supalyne