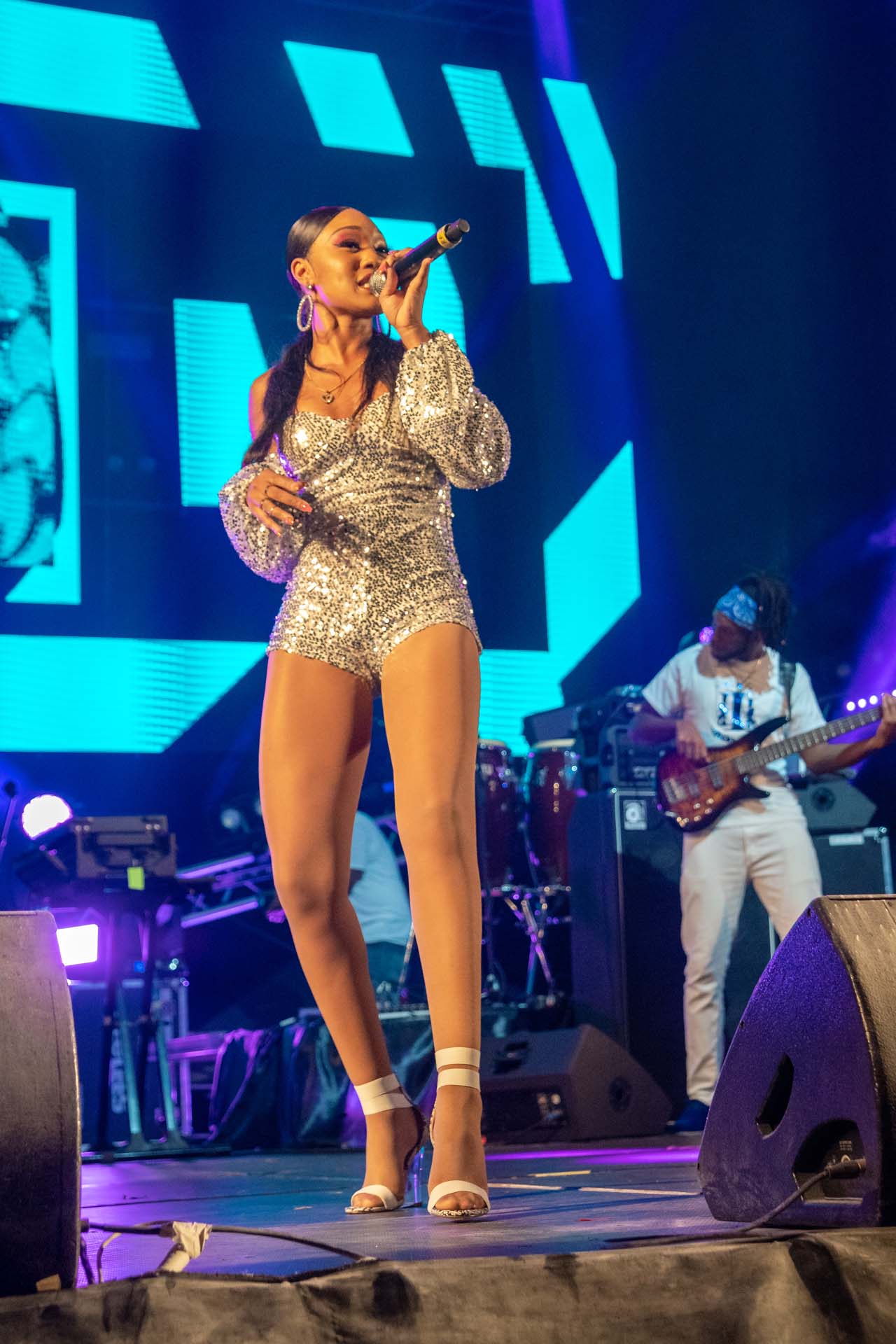 Starsha is Dominica’s reigning Soca star.  At the 2022 Dominica Music Awards, she topped the Soca Artist of the Year category- a fitting award for a year which saw collaborations with Dominica’s top musical acts and producers. In 2021 she was featured on “All Your Love,” an afrobeat inspired duet with Sheldon “Shelly” Alfred of Signal Band, “Xcellent” with the Triple Kay Global Band and “I Can Relate” with Trilla-G.  She that year also released her groovy Soca single “Gyal Like Me.”
Born in the seaside community of Layou and raised in the neighbouring west-coast village of St. Joseph, Starsha shot to prominence on the local music scene almost immediately, following the release of her self-penned single “I Doh Fraid,” in 2017. The song was produced by Krishna “Dada” Lawrence who has worked with some of Region’s top Soca acts, and who would also produce her single “Firewood” (on the Melanin Riddim) in 2018.
Though she started with Soca, Starsha is known for Bouyon hits such as “Colours” featuring Triple Kay, “Lies” with Dominica’s Bouyon Boss Asa Bantan, “Body,” “You Make Me” and “Handle It” on the Sook Pak Riddim.  She was also featured on the song “My Love” by Colton T, another young versatile act from the island known for many Dancehall hits.
Speaking of versatility, Starsha has also dabbled in Dancehall with the song “Always On My Mind “on the the Sweet Talk Riddim and was featured on Black Diamond’s “Carry On.”
Her first love, though, is Soca and several of her notable renditions are in that captivating genre. Some of her Soca singles include “Memories,” “Carnival Party,” “First” (a duet with Zwady on the Fete Lyfe Riddim), and the 2021 hit, “System Failure.”
When not in studio working with Dominica’s top young producers, Starha hits the stage solo and oftentimes with Signal Band, performing at their signature events such as Lumination and has graced the World Creole Music Festival stage alongside the band in 2019 and 2020. Prior to this, Starsha toured Antigua and Anguilla with Triple Kay Band in 2017 and has performed at numerous private events around the island.
In 2022, she will be making her Jazz N Creole debut. Expect to see this young star shine as she belts out jazzy versions of her hits, fashionably dressed, of course, and showing the world why her name is truly fitting!