was established in 1997 with the twin objectives of developing the country’s arts, music and entertainment industries and promoting the country as a tourism destination.

More and more people exploreg the beauty of Dominica because of this unique festival and embrace the special charm of the island, also highlighted by the independence celebrations which takes place at this time. As a music genre, Creole music is diverse in style and rhythms, running from the infectious Bouyon and Cadence-Lypso from Dominica to Haitian Kompas and French Antillean Zouk. Several other musical idioms including African rhythms like Soukouce, as well as Zydecco from New Orleans have manifested themselves at this festival. Other Caribbean and world music forms have found themselves onto the stages of the WCMF, including Dancehall/Reggae, Soca and Calypso as well as Salsa. This festival has attract acts such as Kassav, Tabou Combo, Exile One, Jeff Joe and the Grammacks International , Ophelia Marie, Michelle Henderson, Ralph Tamar, Kali, WCK Band, Swinging Stars, KrosFyah, Square One, Buckweat Zydecco, the Wailers, Byron Lee & the Dragonaires, Machel Montano, Beenie Man, Buju Banton, Aswad, Phantom Band, Sakis, Loketo, Diblo Dibala, Shurwayne Winchester, Aswad, Beenie Man, Sean Paul, Wyclef Jean, Carimi, Taxi Kweyol, Magnum Band, and so many other top names in Creole and Caribbean music.

The event which has come to symbolize the distinct and unique flavor of the World’s Creole heritage is held over the last weekend in October is part of the celebrations of Dominica’s independence activities and coincides with International Creole Day. October is ideally Creole month in Dominica, a time when the islanders come together to dance, sing, cook and wear anything and everything Creole. That is a period of immense pride and national self-realization. The whole nation is awash with the vibrations and joy of being a Creole influenced country.

There is really something for everyone in Dominica, in between the “Three Nights of Pulsating Rhythm” and the belief that this festival is one which “never sleeps”, persons are guaranteed the opportunity of sightseeing, where they obtain the true gist of our Nature Isle. The natural scenic beauties: lakes, rivers, waterfalls and under water adventures awaits your presence. Souvenirs, local cuisine, and the overall Dominican experience are longing for you to engage in an adventure that you will never forget. Come experience nature adventures and 3 nights of pulsating rhythms with the World Creole Music Festival – A festival that “Never Sleeps”. 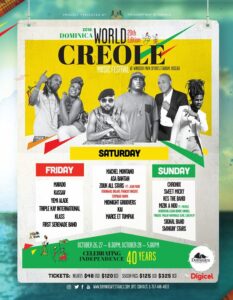 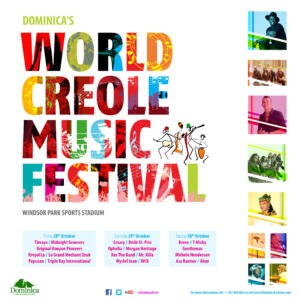 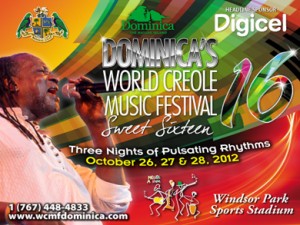 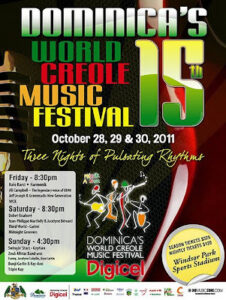 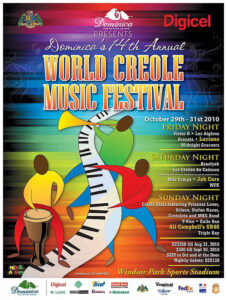 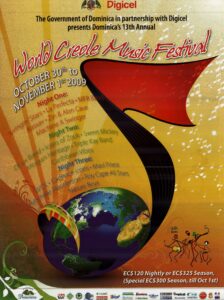 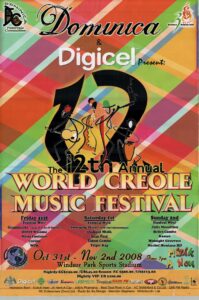 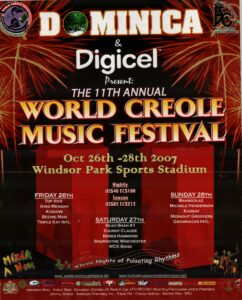 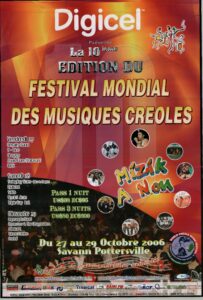 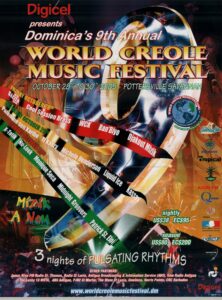 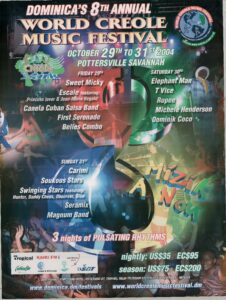 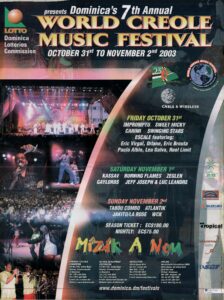 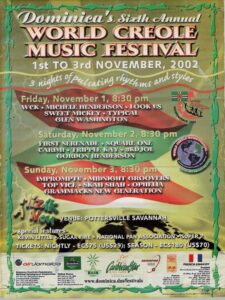 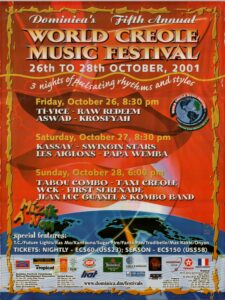 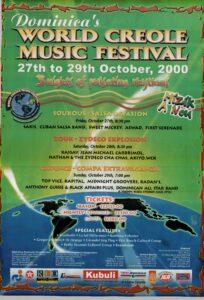 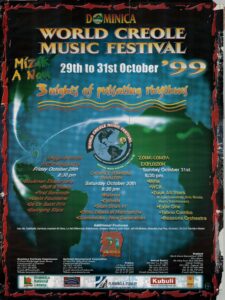 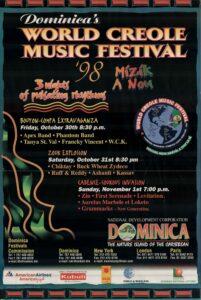 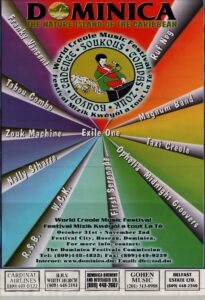